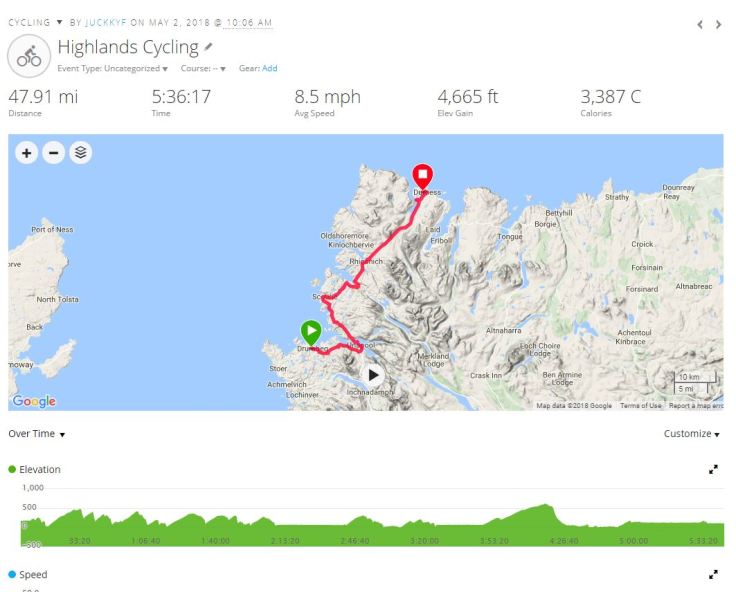 The rain had stopped and another great view prevailed.  Wild camping is the best!

During the night however, my inner flysheet had developed a strange looking hole.  I was still half asleep and struggling to understand what had happened.

It soon became apparent that whilst I was away with the fairies the local Drumbeg mice had decided the food bag I had forgotten to stash in my pannier and stupidly left in my tent was easy pickings.  Not sure why they couldn’t have just used the zip instead of eating a hole in my tent.  The little bastards!

The target for today was the ferry which would take us across to Cape Wrath.   It was about 40 miles and we needed to be there for 1500hrs.

The next few miles out of Drumbeg and to Unapool were up and down like a roller coaster.  The elevation gain for such a short distance just reinforced how up and down it was.  Thankfully, it wasn’t like this the whole way.

The scenery along the way was cracking and towards the end of the day a real strong tail wind developed and we were flying along. 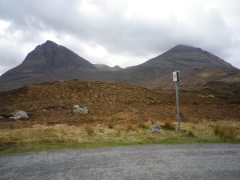 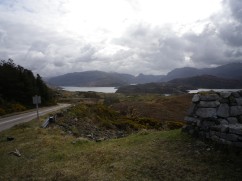 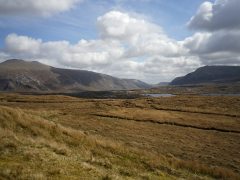 We got to the ferry at 1445 only to discover that the MOD had commandeered Cape Wrath for aerial and naval shelling practice!

We pushed on the 3 or so miles into Durness and picked up supplies for the night.  The wind by now was howling and it was pretty chilly as tents were erected near the beach in a mad rush so as to avoid getting soaked by the deluge that was heading right for us.  I literally was scrambling inside my tent as the heavens opened.

Views of the beach which would be home for the night.

One reason we decided to camp on the beach is that gave us a great view of the naval shelling practice that was in progress.  A flare would come up from what looked like the sea, you’d then see smoke off the island, before you heard the sound wave of the shell leaving the ship and the subsequent BOOM as it thundered into the side of the rock.  It was windy and rainy outside so dinner was a boring affair and consisted of a random selection of stuff from the pantry washed down with the remaining few ml of the whiskey.

The naval shelling was pretty impressive stuff, but the barrage that woke me from my slumber at nearly 2200hrs was not welcomed.  So if anyone from the MOD is reading this please can you keep it down and maybe finish a bit earlier if people are camping on the beach.  Much appreciated.