The legs were feeling it this morning. I’d calculated at least 6000ft of total climbing yesterday.

I left the very quiet campsite by 0800 as I needed to be in Nice by 1700hrs to collect the hire car. 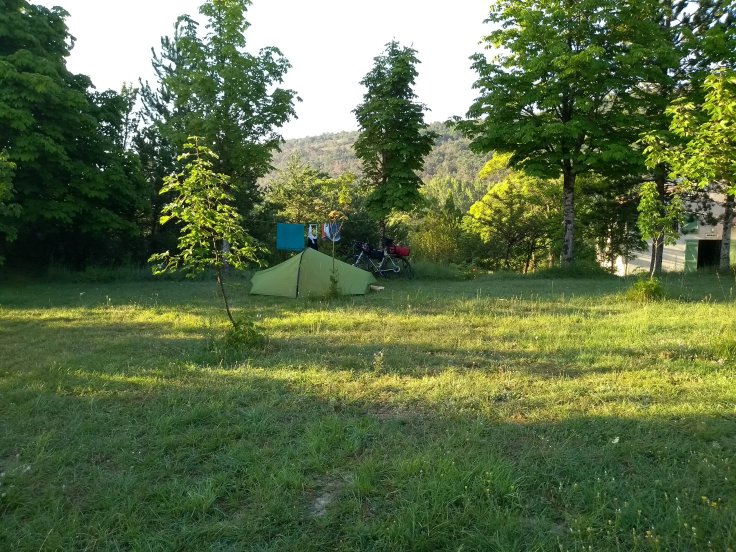 Camp was the best value of the whole trip €4.25 and one of the best. Top tip of mine is to hunt out the municipal ones.  They are much better for the solo traveler.

The road pretty much descended to Castellane and it was then that it ran along the gorge for a while.

The road then took an upward direction for a total of 11km. What was a shame and this was the same yesterday. Rather than being exposed to the wonderful pine forest scent on the climbs it was instead a stinky diesel aroma that pervaded the atmosphere from the busy traffic and old shitty cars and campers.

After the climbs the route followed a plateau, before the final descent of the trip from 1100m to sea level.

Before long I was cycling along the front in Nice and having to have my wits about me as fellow cyclists and roller skaters were zipping past. After having your life attached to your bike for 2 weeks, entering back into civilization takes a little time to re-adjust.

The clear blue water was so inviting that I was straight in. Damn, it felt good too.

After I was back on the bike and heading to the hire car place, I bumped into 18 year old Betty who had also just finished the route.

It was great to chat about our experiences of the trip. It was her first cycling trip and it was obvious from her enthusiasm and the smile on her face as she recounted her journey that she’d been bitten by the cycle travelling bug.

Well, another cycling journey comes to a close and as I was stuck in the hire car leaving Nice, I was already missing the simple existence cycle touring offers.  I really enjoyed this trip.  The great weather, abundance of camp sites and quiet tarmac / greenways really made it enjoyable and I thoroughly recommend it.

I’ll write some hints and tips up, but as always ask away and I’ll help where I can. 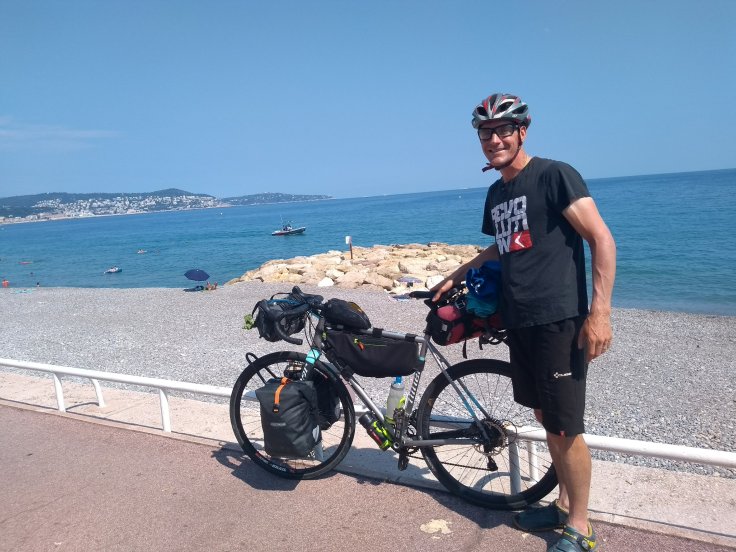