Well.  The final day of my ride had arrived.  It all seemed rather surreal that it was nearly over, but there was one last day and I was going to enjoy it.  Before getting ready for cycling I was on a mission to find the entrace to the hotel so that I could get stuck into the complimentary breakfast.  I tried the front door, side door and had to eventually ask 2 different people before I found the room.  Cereal and peanut butter on toast.  To be a little more clearer, 2 bowls of cereal and 4 rounds of peanut butter on toast.  I haven’t stopped eating on this trip, but then again I am burning 4000/5000 extra calories/day.  Suitably filled it was ready to pack up and head off.

Sunrise & view of the hotel. 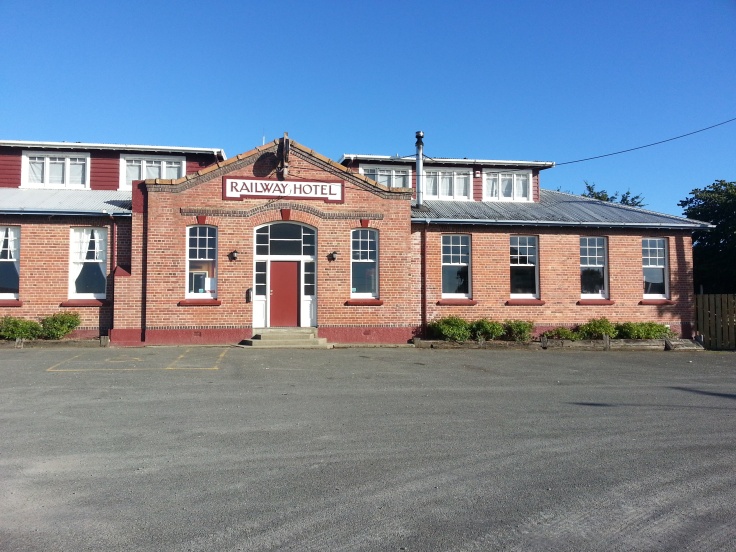 I didn’t really take many photos today as I made my way through the towns of Winton, Wallacetown, Invercargill on my way to the final destination of Bluff.

It was just before I reached Winton when a red car travelling the opposite direction did a u-turn and then came back down the road and stopped next to me.  The window was wound down and the man shouts “You doing the Tour Aotearoa?” yes, I replied.  To which he shouts “That’s awesome man!”  Cut a long story short the young guy was from the US and had spent 4 months cycling down from Cape Reinga to Bluff and was now working on a farm.

Although the Tour Aotearoa race is unofficial with no prizes it does have a following in New Zealand and I was quite surprised at just how many ordinary folk I met knew about it.

I cycled into my final destination of Bluff at ~ 1700 hrs.

Before I road to the end point at Sterling Point I popped into a local shop for some water.  The sign on the window made me chuckle.   They do say that honesty, is the best policy. 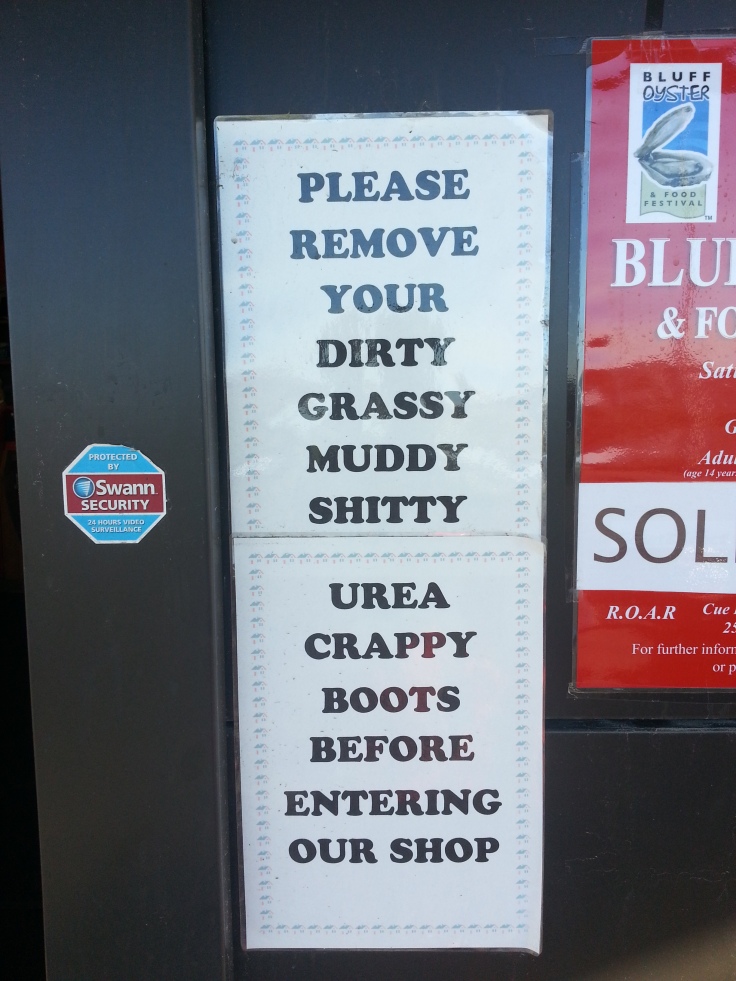 I slowly rolled up to the final photo control point at Sterling Point with a tear in my eye and really mixed emotions about the whole thing.  “What a journey!” I thought,  “It’s done, finished, over, no more”.  I reflected on all of the winter cycling and gym training that I had worked on for months prior to the trip …  I had ridden an average of 75 miles/day for the last 25 days without a rest day.  My body was tired, my legs ached and I had been tested both physically and mentally throughout the trip.  There had been numerous times when I had questioned the whole thing and whether I should quit.  But I hade made it and I was ecstatic.  I had raced the 3000km Tour Aotearoa 2017 and finished 4th out of the 14 starters and finished in 25 days.  5 days under the 30 day cut off.

So as I lifted my bike to the sky for my final photo of my 2017 Tour Aotearoa cycle race I thought to myself “Yes! I’ve done it”.

I now, just had the logistical headache of getting back to Queenstown tomorrow in readiness for the long journey back to the UK on Friday.  That can wait until tomorrow though as I had other things to do.  Namely. 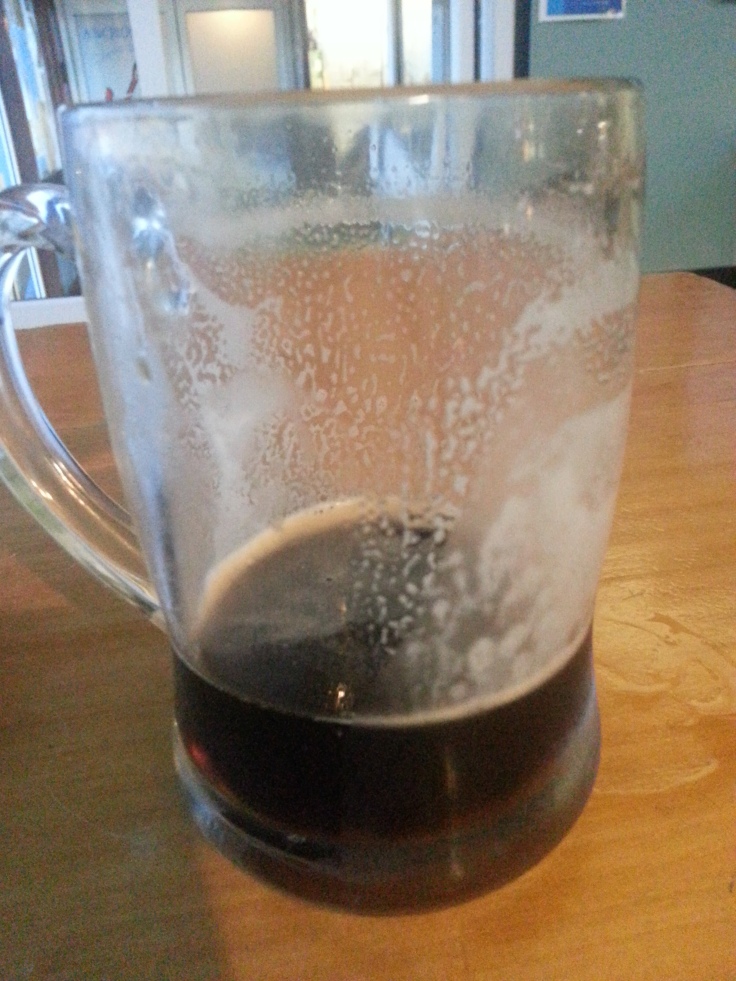 So if my ramblings have inspired you to go ride the TA, then all I can say is book that flight and DO IT!!  Tell the wife, the kids and all your friends and go for it.  The experience is one that you’ll will never forget.