After yesterday’s debacle, I was up and gone by 0800hrs. The camping gas ran out yesterday so no coffee and breakfast it was easy to get going. The route was initially a little rolling but then it was back alongside the Loire. 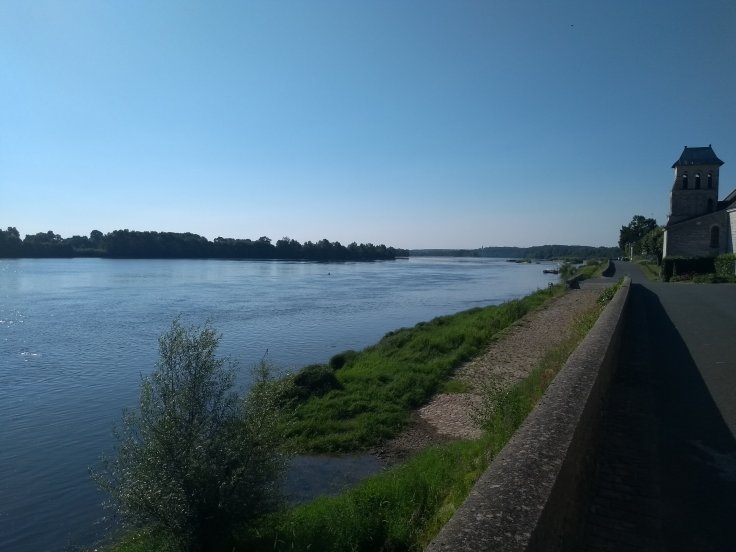 Today turned out to be very long day too. More due to the fact that my rear tube failed on the seam. As I bought the wrong valve lengths I had to take the tube out the front and use that in the rear and use a short valve in the front. I thought that was the end of it, but that one failed again on the seam.

I’m going to find a bike shop tomorrow morning as I can’t be having so many tube failings.

So it was 8pm when I reached camp, but the bar was still serving beer and food, so all was good!